The main priority at Contrast is to be an innovative and alive firm, that make its products continuously evolve, and a proof of it is the third generation of our track car: the Neo 2.5HR.
After the great step forward, mainly in friability and manufacturing quality that Contrast Neo 2 turned to be, the new version 2.5HR is a great evolution in search of better features and at the same time greater driving easiness.
Thanks to the continuous tests in track made by our official drivers around the world and above all to the experimentation work made by our driver number one Hessel Roskam (HR), we have obtained some results that, combined with the conclusions of the simulation by computer, have allowed us to design a great number of technical improvements. These are:

These new pieces and systems represent a renovation of the 80% of the Neo 2 and the improvements in its working are:

This spectacular improvement of performance is joined to the advantages already available in the previous generations of Neo cars such as a great lightness (under the minimum weight), a great traction capacity, a great resistance to crashes in spite of its lower weight and light pieces, a great agility in track wit a lot of bends, much stability in high speed bends and the highest features in much grip conditions thanks to its super-low gravity centre.

With these changes, tested in competition along 2007, which allowed us to fight for a place in the podium of the last World Championship, the Contrast Neo 2.5HR is a safe bet to face any race with winning intentions.
The improvements of the Contrast Neo 2.5HR follow the line of our philosophy in competition: better features, higher resistance and much mechanical easiness.
This is the secret to win, the secret of our success.

At Contrast we want to help you to enjoy the best material in the most economical way, and for this, we have created five actualization kits so that you transform your Neo 2 into a last generation Neo 2.5HR according to your pocket:

â€¢ Kit 2. Uprights (nÂº 290002). This kit includes the new front and rear uprights with a new suspension geometries together with the upper rear arms and the new bigger and more resistant bearings.

â€¢ Kit 3. Lower front arms and anti roll bars (nÂº 290003). With this kit you will receive the lower front arms with longer lengh and the new system of adjustable antiroll bars bars besides a new main front supports with new geometries.

â€¢ Kit 4. Lower arms and rear antiroll bars (nÂº 290004). With this kit you will receive the lower rear arms and the new system of adjustable stabilization bars. Also include a new push rod for the shocks an his upper support.

â€¢ Kit 5. Transmission system (nÂº 290005). In this kit you will find the new engine support, the new bell support and the new transmission axle support together with the biggest size and resistance bearings. The user must do some little modifications in the chassis, indicated in these kit assembly instructions, in order to install this system in the Neo 2 chassis. 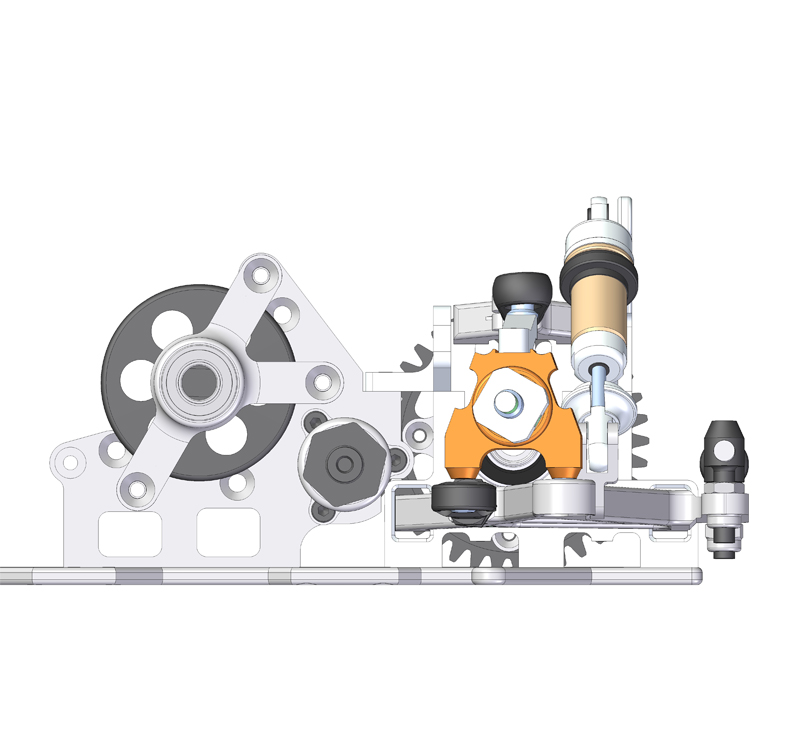 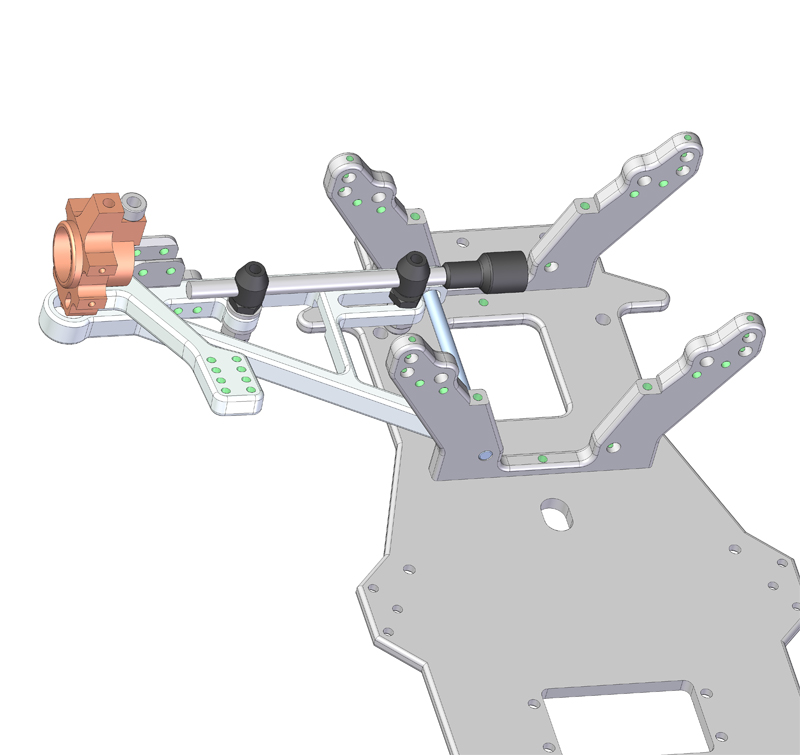 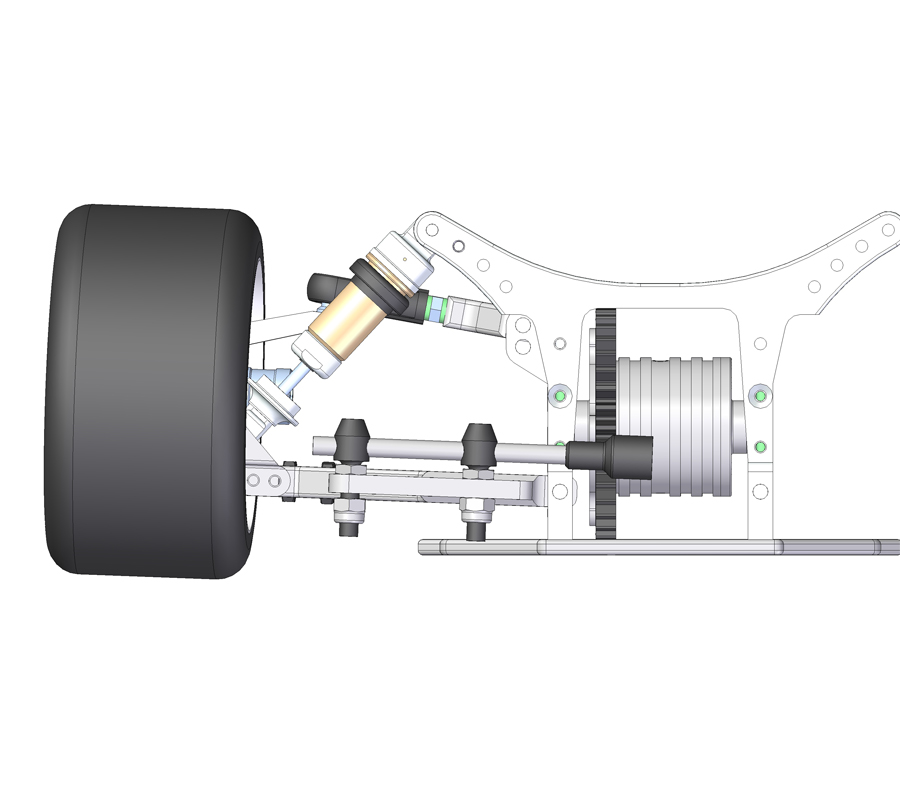 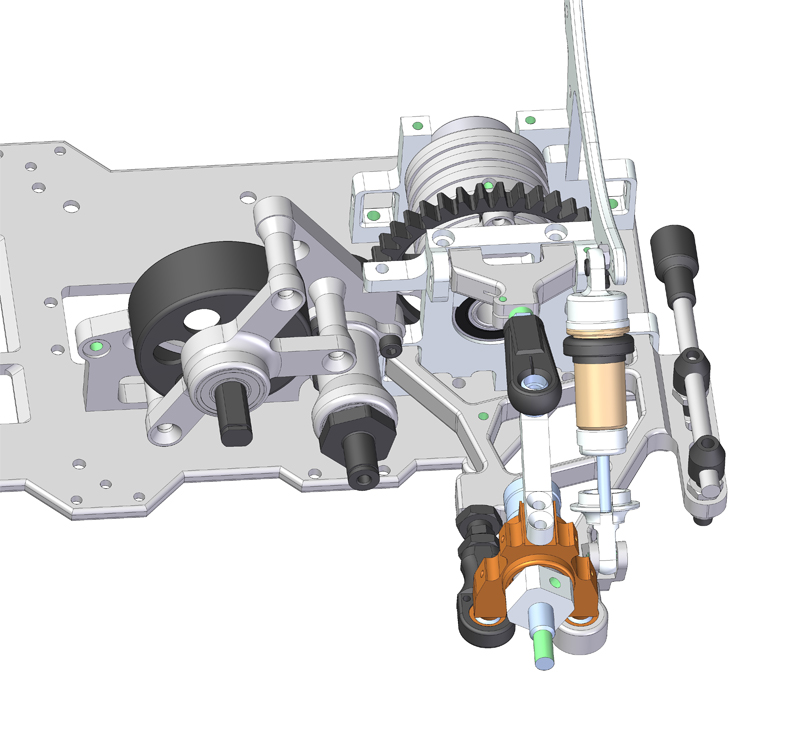 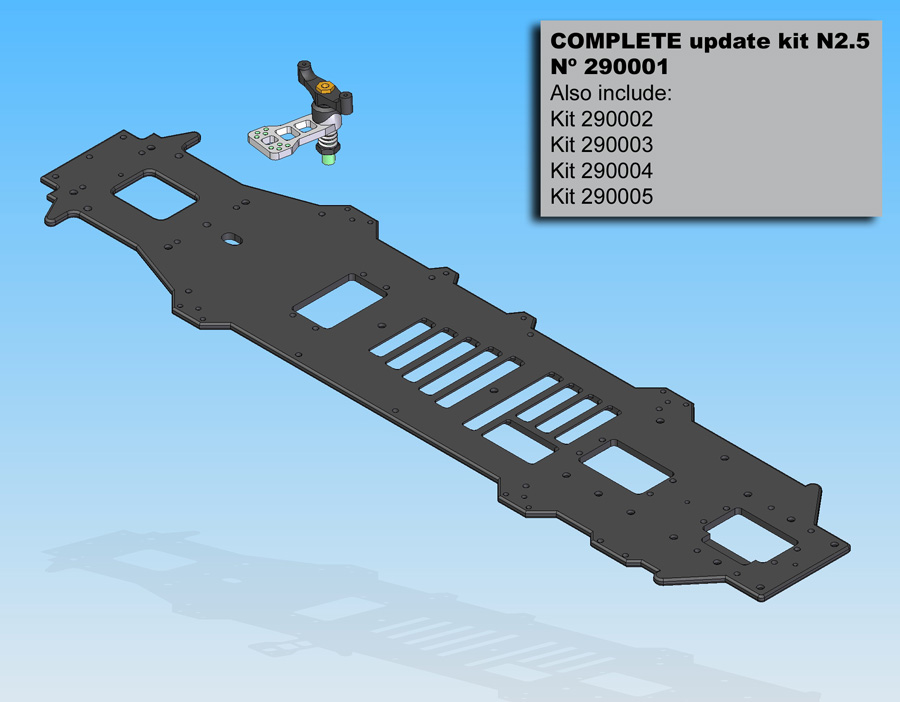 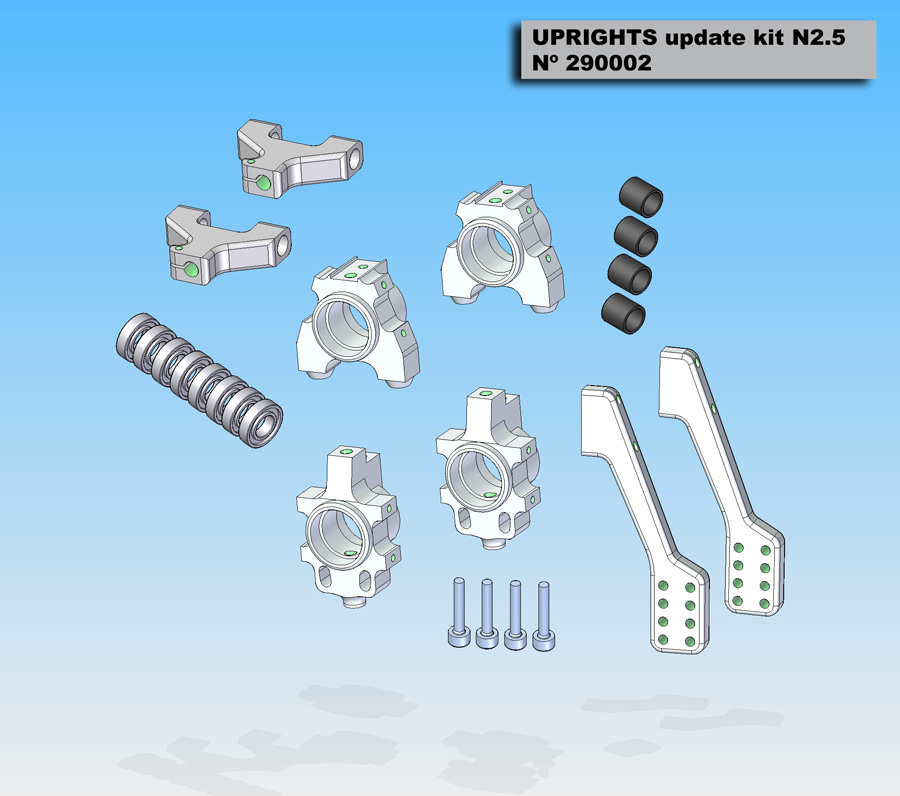 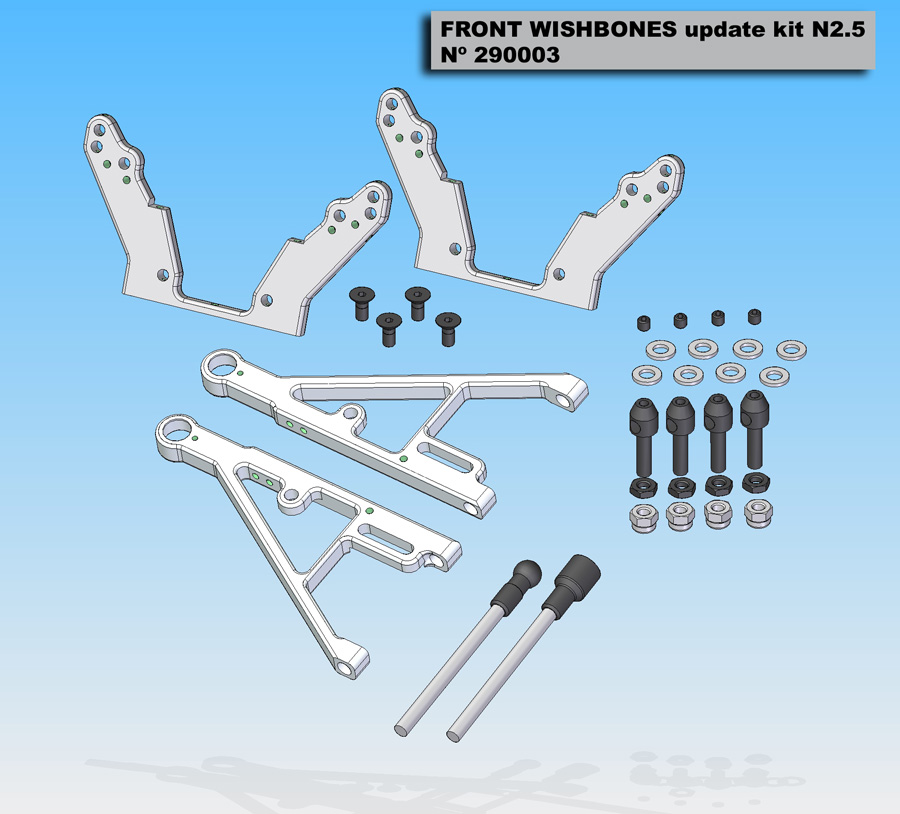 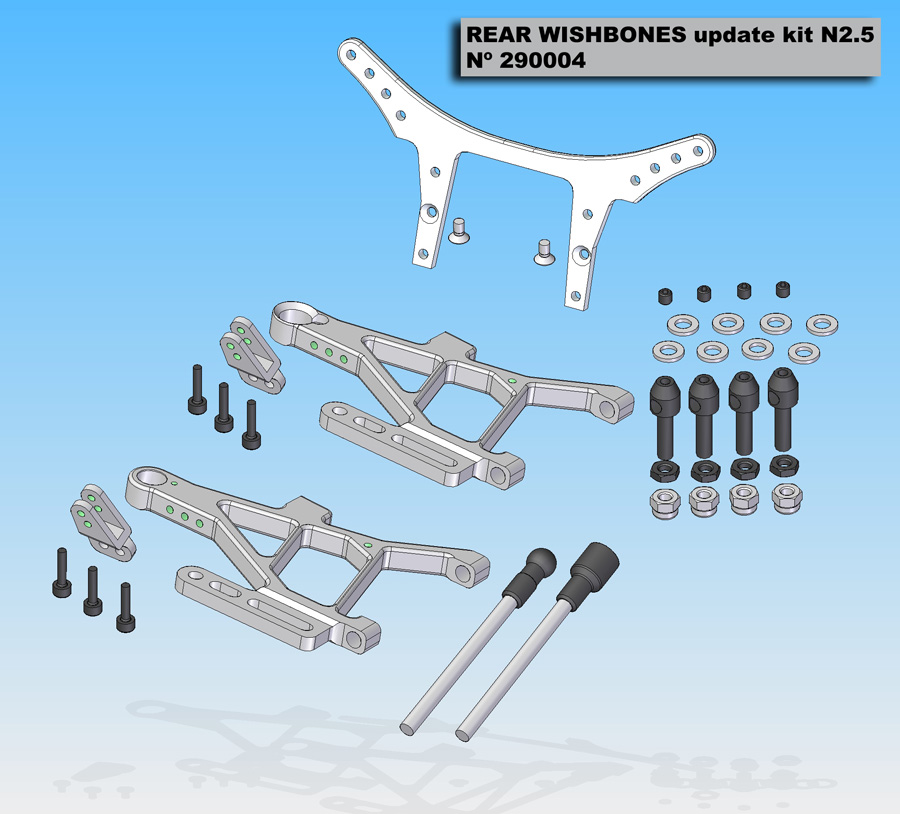 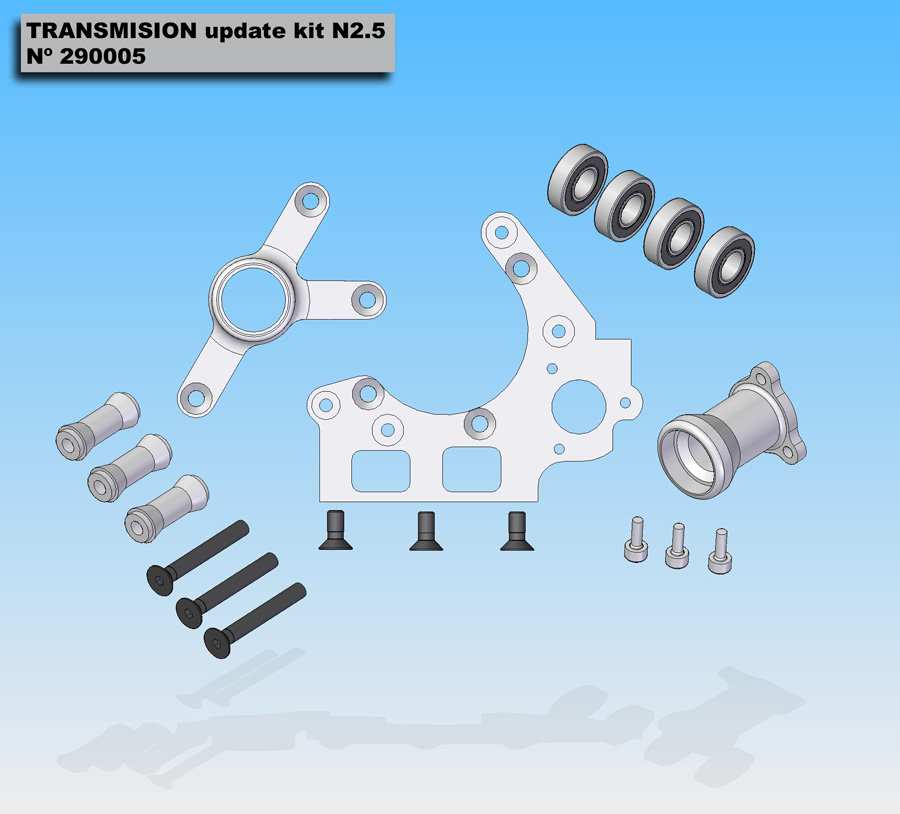